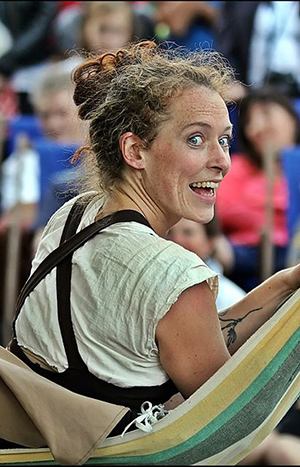 Jorga Lok is born in 1989 and grew up loving the circus. She always liked to go to the circus, and try some things at home with her father. Since she was seven years old, Jorga wanted to become an acrobat. Jorga started with gymnastics and joined the youth circus “Rotjeknor” later on.

At the age of 18, Jorga moved to Stockholm for the circus school. She graduated with the specializations handstand and hand to hand, she also followed classes in music, dance, composition etc. After graduation, Jorga went to Codarts in Rotterdam to train one more year.

After this year, Jorga stayed in The Netherlands, and worked among others with TENT Circustheaterproducties. Also other collaborations have been developed, like Fabuloka after a few months. Jorga also works for Wirwar Producties with which she tours theaters in The Netherlands and Belgium with shows for a young audience.